I opted for a lively design that incorporates nature. ”

Creating liveable environments in (large) cities has been a central theme in Boeri's career from the very beginning. The exponential growth of cities worldwide, resulting in air pollution and deforestation, made him look at trees as a solution. They can filter CO2 from the air, which gave the architect the idea of designing 'vertical forests': buildings almost entirely covered in trees and plants. The Bosco Verticale in Milan was the first result of this.

Boeri’s team worked closely with botanists, structural engineers and specialists. They spent six months studying and anticipating problems that could arise in the future with more than 20,000 tree and plant species. The two green residential towers definitively put Boeri's office on the world map. Since the inauguration in 2014, the idea of a vertical forest has grown into a concept that has been implemented in various places in Europe, South America and Asia. And soon also in the Antwerp neighbourhood of Nieuw Zuid (‘New South’), where Palazzo Verde is rising from the ground.

We were able to ask the Italian master a few questions.

Why this fascination for green?
"I have no fascination for green in itself. It’s more of an obsession with trees. I see them as individuals, with their own evolution and intelligence. The project '7000 Oaks' by the German artist Joseph Beuys has strongly inspired me. There is a symbolism behind it that has influenced me enormously: the metamorphosis from mineral to nature. How can we demineralise our urban environment? That is a hot topic these days.” 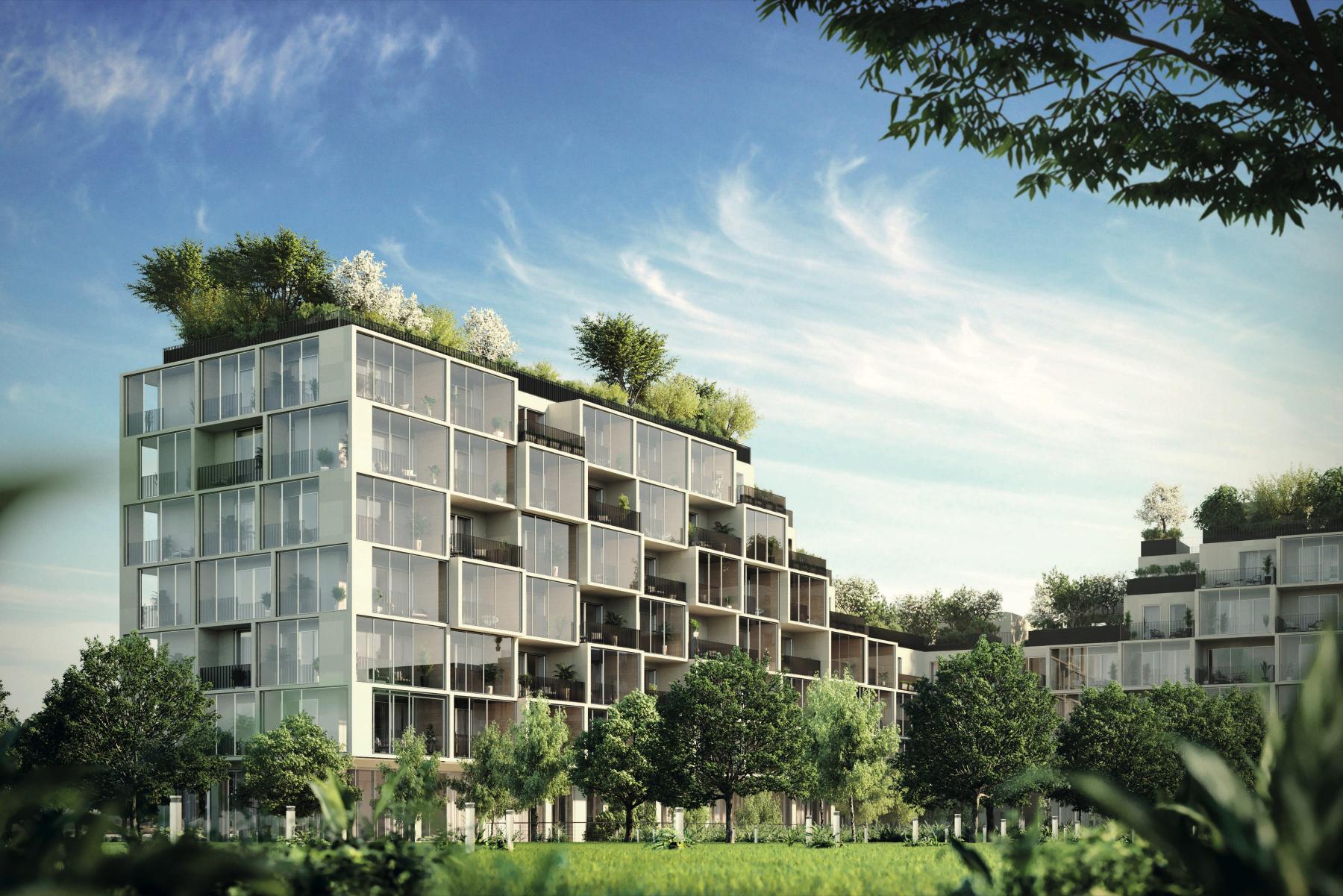 How do you translate this fascination into architecture?
"The more we can incorporate nature into our cities, the better we will be able to cope with and adjust to climate change. Just think of the advantages: better air quality, less energy consumption and better biodiversity in the cities. And, not unimportantly, a green environment increases the feeling of happiness of the people who live there. All these advantages make the idea of urban forests very contemporary. What’s more, it is crucial for the years to come. All over the world, people are thinking about how we can make cities greener.”

"All over the world, people are thinking about how we can make cities greener."

What attracted you to the Nieuw Zuid project?
"I am very happy to have been able to make a design within the framework of Studio Secchi-Viganò's master plan. Bernardo Secchi has always been my mentor and I even obtained my doctoral degree with him in Venice. He helped me to develop my own original vision. Paola Viganò is also a fantastic architect. She has a very good idea of what an urban design should look like. In the 90s and early 2000s, cities suddenly saw an explosion of styles and influences. The city lost its unity and structure. Today, cities are trying to restore this by adopting a clear vision, setting their priorities. Nieuw Zuid is a good example of this: a new district that is being developed according to clear rules, but within those rules there is room for architectural freedom. “ 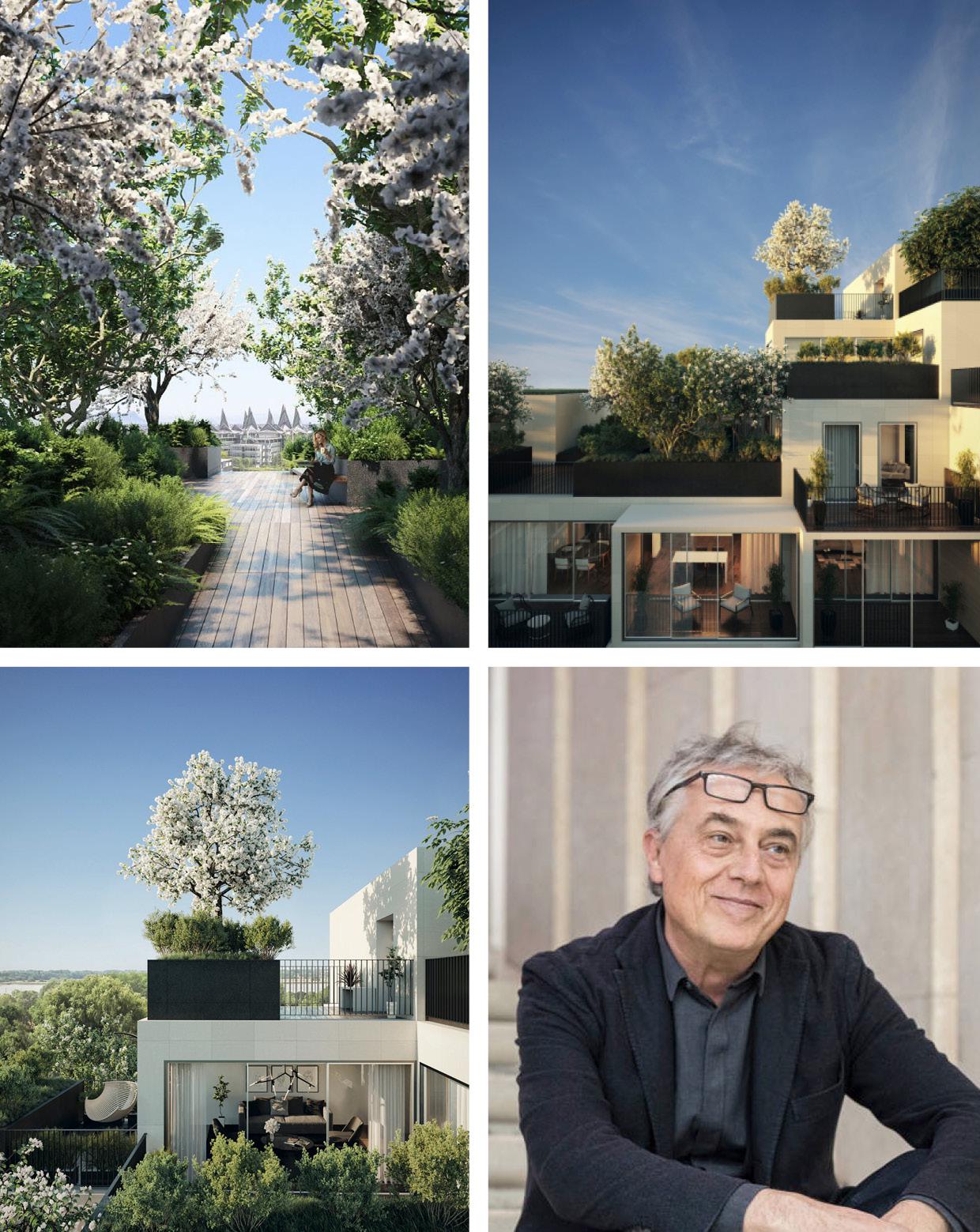 What is the idea behind the design for Palazzo Verde?
"We felt that it was essential to emphasise the openness of the building at this location in Nieuw Zuid. That is why we opted for a small and lively design in L-shape. We also wanted to incorporate nature into the design. Because of its shape, the building has three large communal roof gardens: on the third, sixth and seventh floors. I wanted to make a design that was different from that of the buildings around it. At the same time, I wanted my design to be coherent with the other designs. Continuity is the best way to respect the context of the neighbourhood. You have to be aware of what is happening around you to create something that is different in the right way.”

"Living in the trendy and modern city centre while maintaining an unparalleled connection with nature."

How do you combine greenery with optimal living quality?
"In close cooperation with Laura Gatti, we selected the right trees and plants for this particular building and studied how they will behave in different weather situations. We have done everything possible to optimise liveability and the quality of life. In Palazzo Verde you will only find sun-drenched apartments with lots of natural light. The connection with nature is evident everywhere. You have the green roof gardens and the beautiful view of the intimate green courtyard. I think we have succeeded very well in creating a lively place where you live in the middle of a trendy and modern city, while maintaining an unparalleled connection with nature.”

All images Courtesy of Triple Living

Read more about our partner .

Project developer Triple Living builds life visions. Green neighbourhoods where it is pleasant to live and work. Always at top locations. Always with the best architects and groundbreaking sustainable techniques. “We build ahead. We work with the client, the neighbourhood and society.”