The Surrealistic sculptures of James Owen

James Owen was born in London but currently has his studio in Los Angeles where he creates the most fascinating 3D designs. He relies on flowing movements and shapes from nature and mathematical calculations. Each of his designs expresses a sense of admiration and almost hypnotizes the viewer. His 'Design Episodes', a series of ideas and concepts in sets of three digitally rendered images, including 'Flourishing' and 'Betta' that we show you here, are a fine representation of his talent and exceptional designs. Owen was happy to make time for Imagicasa to tell us more about his hypnotic work in 3D design, illustrations and photography. 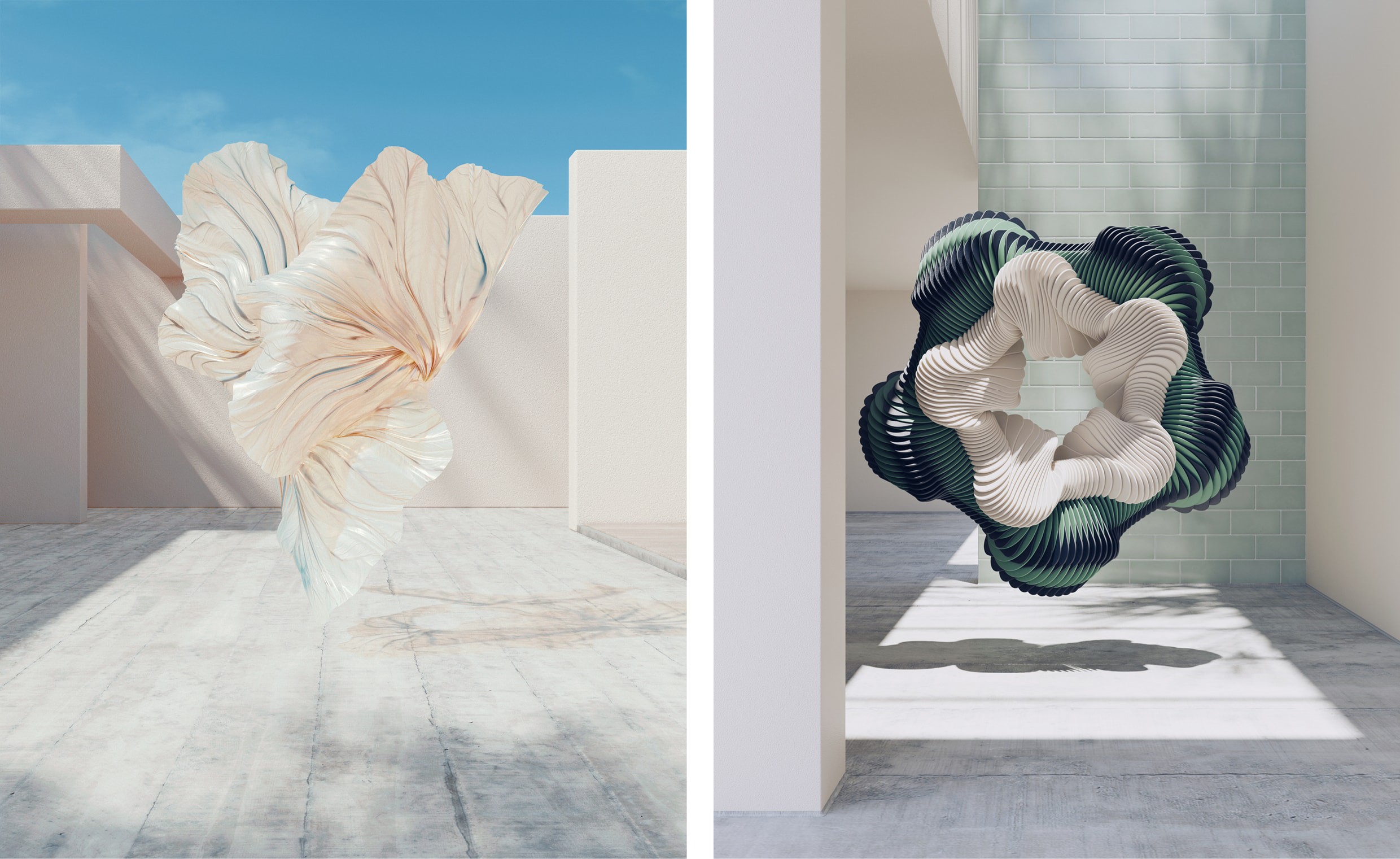 How did you become a designer? Did you always want to do this as a job?
“When I was younger I actually wanted to be a carpenter. I loved the textures and grain that are revealed in smooth sanded surfaces and the physicality of the craft. As I grew up, I got more into photography and dark rooms. I enjoyed that whole process. I found it really interesting how one could capture an image through the lens and then manipulate it after the fact with various techniques in the dark room. That really resonated with me. Photo manipulation naturally led me to computers and photoshop and I guess the rest fell right into place. I studied graphic design at university and I am self-taught in 3D design and animation.”

What’s the story behind your design studio, how did it all begin?
“I used to work in London for a studio called ManvsMachine as a creative director working on a number of projects over the years for global brands such as Nike, Apple and Microsoft. I then moved to Los Angeles where I helped them set up a LA studio. I left that company in early 2018 after five great years with them and have since been working on my own projects.” 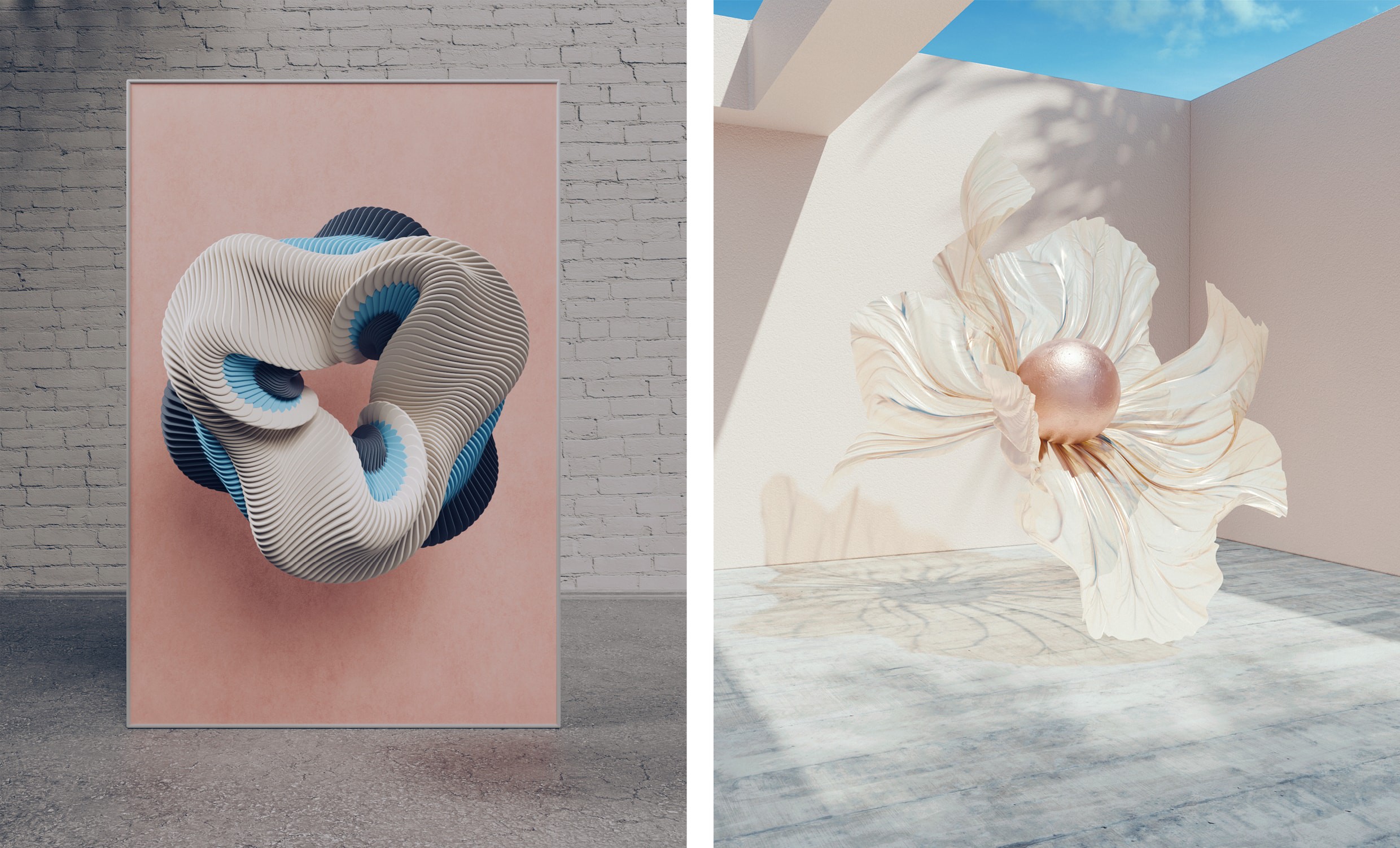 What inspires you?
“Music is a big inspiration for me. I love the ebbs and flows of a well-structured piece of music and try to evoke that emotion into my work. I have actually been consciously taking a step back from Instagram and other visually intense online galleries because I felt like they were affecting my way of working rather than inspiring me. There can be so much inspiration on those platforms that it becomes overwhelming. Looking at the colours, shapes, textures and forms in nature captivates me much more than endless scrolling these days.”

What do you want to express with your work?
“Currently, I am really fascinated with materials and textures. Because my work is mainly digital, I really try to get some visceral tactility in the pieces. I don’t want the viewer to look at it and think it is digital or a photoshopped image. I want the construct of the image to melt away as much as possible so we can look at the piece as a whole and discuss the ideas behind them.” 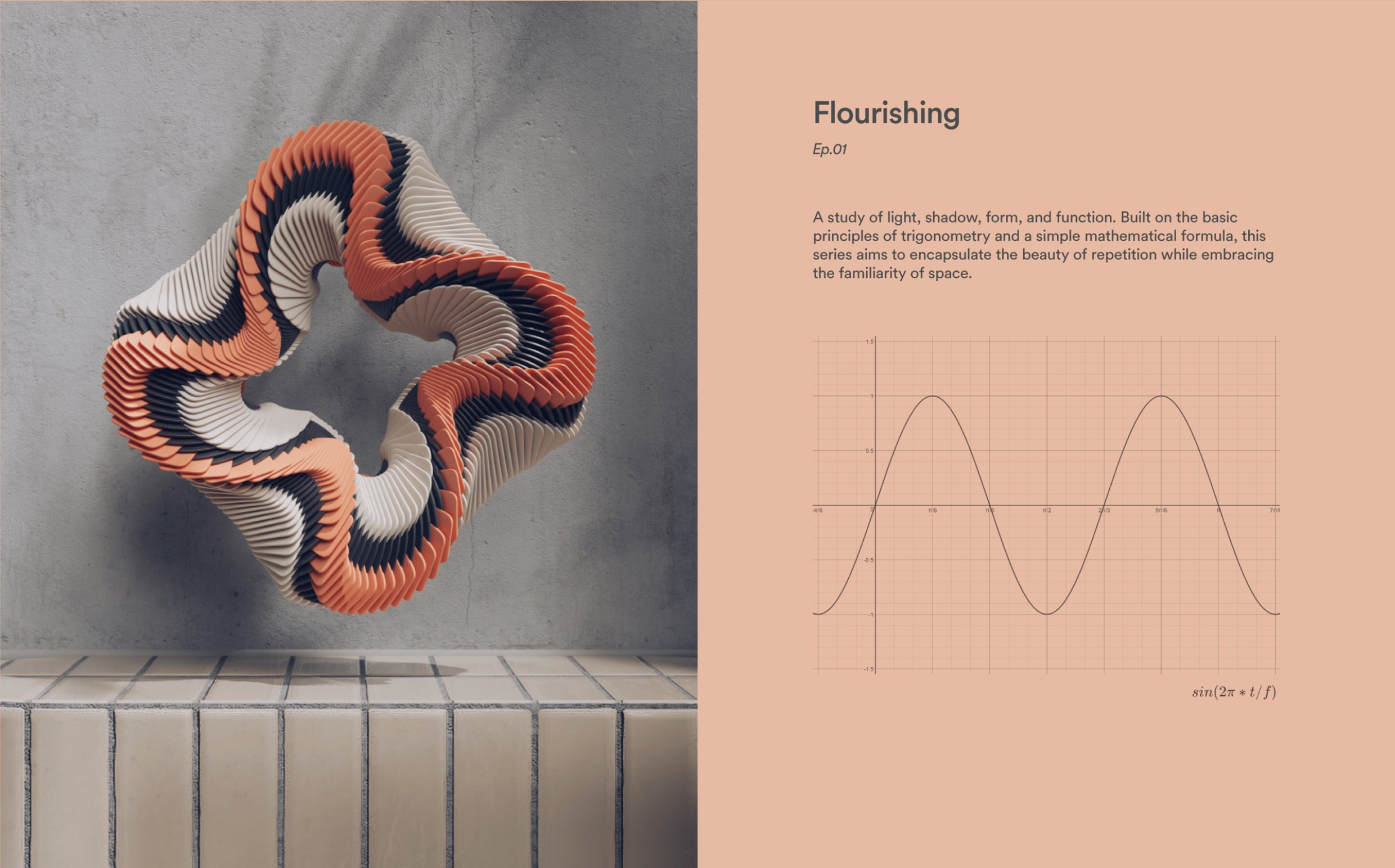 “Looking at the colours, shapes and textures in nature fascinates me much more these days than endless scrolling." 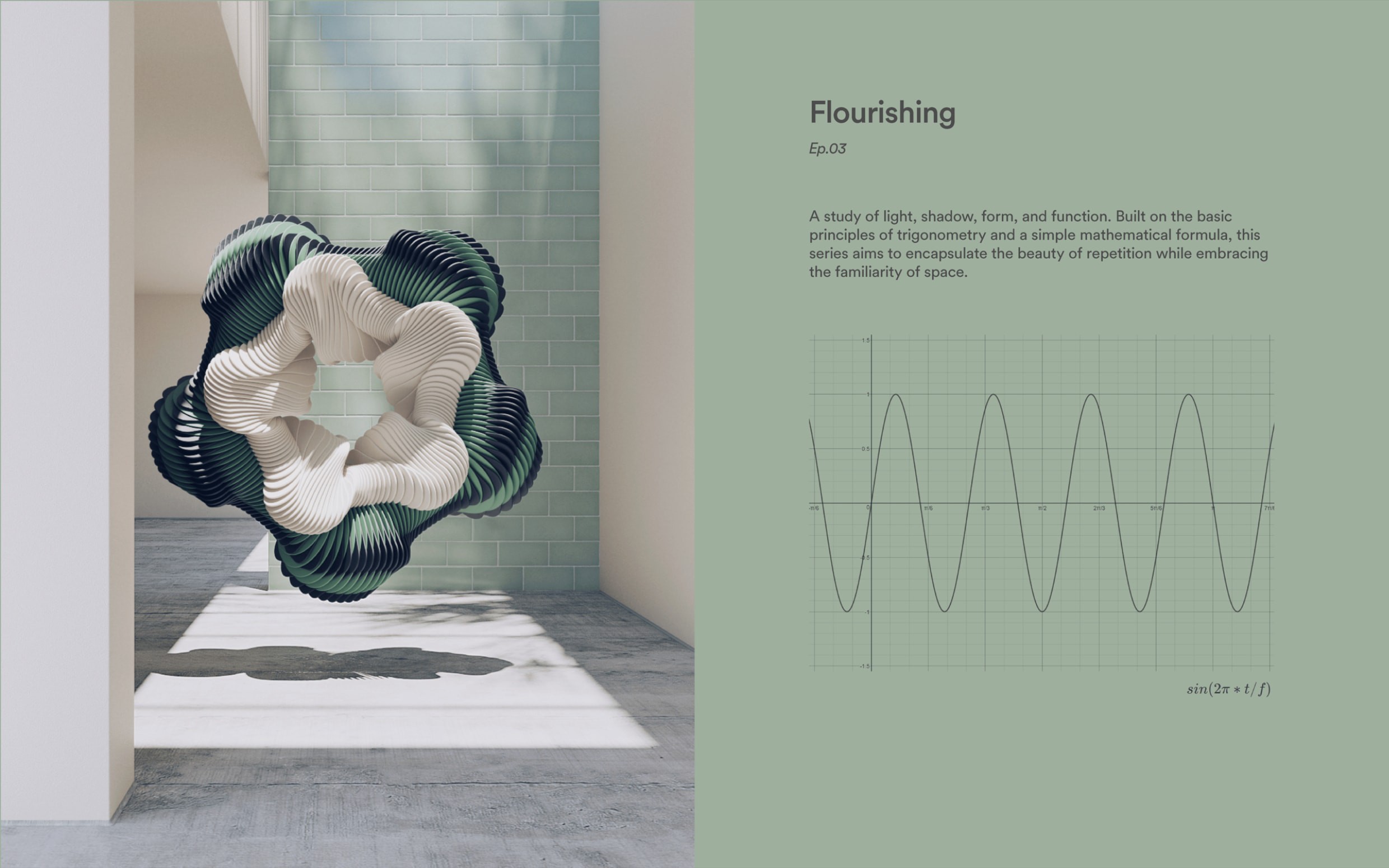 How would you describe your style and work?
“As being somewhere between the crossroads of technology and design. I love form and function but I also love to go deep with technical aspects of design and art. For me, they naturally complement each other. Finding the balance somewhere in the middle is the sweet spot.”

We love your ‘Betta’ design, why did you design it and what does it represent?
“I was inspired for this piece simply by watching various beautiful Betta fish swimming in water. I had seen images of the fish before and thought they were stunning. So, one Saturday I took my wife around as many fish shops as she could stand in LA so I could watch these beautiful fish glide effortlessly. There were so tiny and yet so graceful. We went home and I started working on the piece right away. I made the forms much bigger and brought them into a concrete space that was in stark contrast to their natural environment. I wanted to express that something can be free-flowing and alive no matter its surroundings, much like the human spirit.”

And ‘Flourishing’?
“The inspiration for ‘Flourishing’ came from a simple mathematical formula. I really like the fact that mathematics can be used to describe anything in the natural world and to try to find ways of including it in my work. With ‘Flourishing’, I brought this mathematical influence to the foreground with these captivating undulating structures. By situating them in a space that was relatable and within the grasps of reality, it implied that these structures actually exist and therefore made them a little bit more intriguing and special.”

What was your favourite project so far and why?
“My ‘Design Episodes’ were my favourite so far. It has been really good for me because it has some structure to it: three or more images/iterations of an idea and then move on. It has helped me to keep the ideas flowing and to move on from them rather than dwelling on how much better I could have made them. As creatives and artists, the most challenging aspect of our work is knowing when to stop.”

Do you have a design dream for the future? Something on your bucket list maybe?
“I am going to focus more on my artwork in a bid to have my first solo exhibition. So you better keep an eye on me!”

We can't wait to admire the enchanting works of James Owen in a first solo exhibition. But until then, we can already enjoy it in this edition of Imagicasa!

This interview was originally published in Imagicasa Art 2019. You can still order this issue through our webshop.