The modern Christmas tree of your dreams

Lawrence 'Bud' Stoecker designed the first modern Christmas tree from cardboard in the 1960s. Almost fifty years later, his grandson Matthew Bliss recreated the design and launched the Modern Christmas Tree on the market. A beautiful tribute to his grandfather.

If you like a Christmas tree, but prefer a modern and sleek look, then the Modern Christmas Tree is the perfect choice. And there is also a beautiful story behind the creation of this special tree. Lawrence 'Bud' Stoecker was an architect and engineer and preferred to build modern A-frame homes. His modern Christmas tree naturally resulted from this. The tree consists of rings and is often attached to the ceiling so that it floats. The rings are like hoops that go from big to small and imitate the shape of a real Christmas tree. It all started with cardboard and the tree evolved to Masonite and plexiglass. The ornaments also grew along with it and were refined. 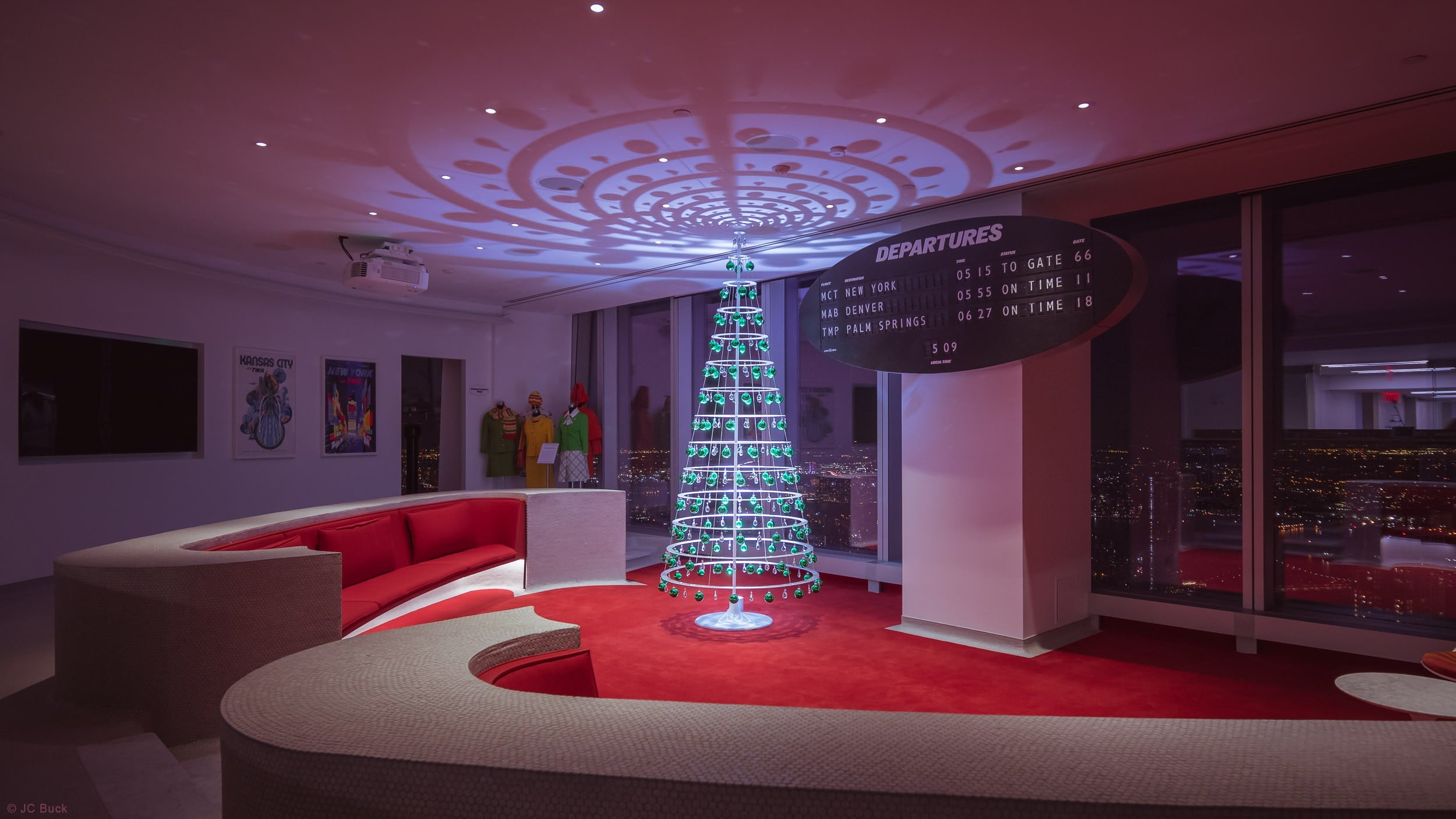 After his grandfather Stoecker was diagnosed with Alzheimer's, Matthew Bliss decided to show the special tree to the world. This happened for the first time in 2011 at the Denver Modernism Show and it was an instant success! The trees are now designed in acrylic and the ornaments consist of classic balls and chandelier crystals that provide an extra sparkle and shine. We find the modern Christmas tree today in many places and also in important mid-century modern homes such as the Stahl House in LA designed by Pierre Koenig (1960). 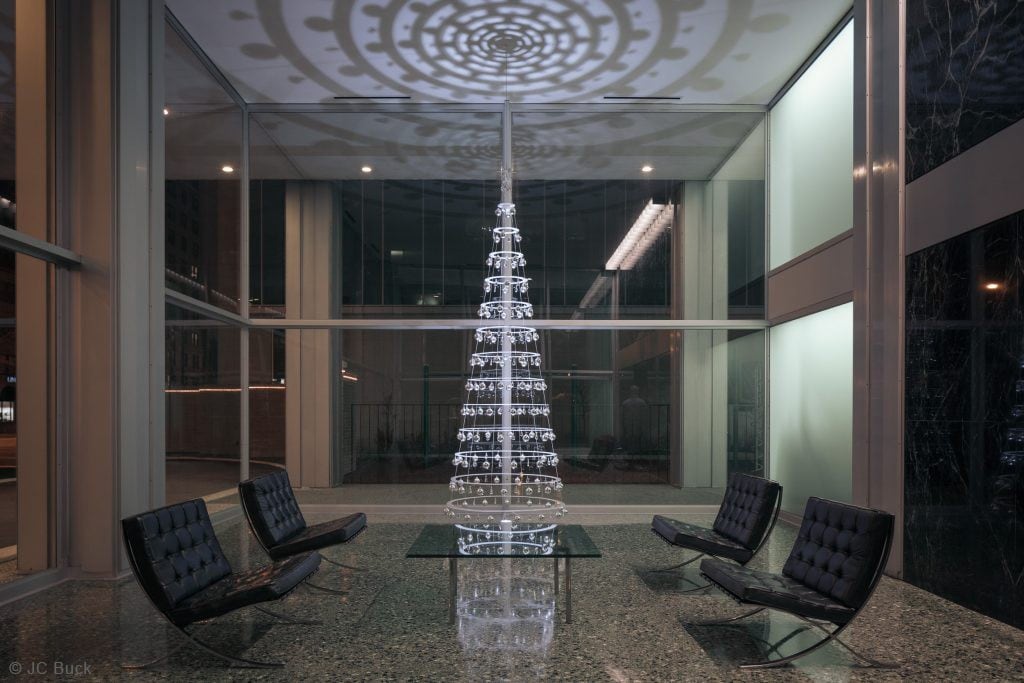 The modern Christmas trees exist of rings and float 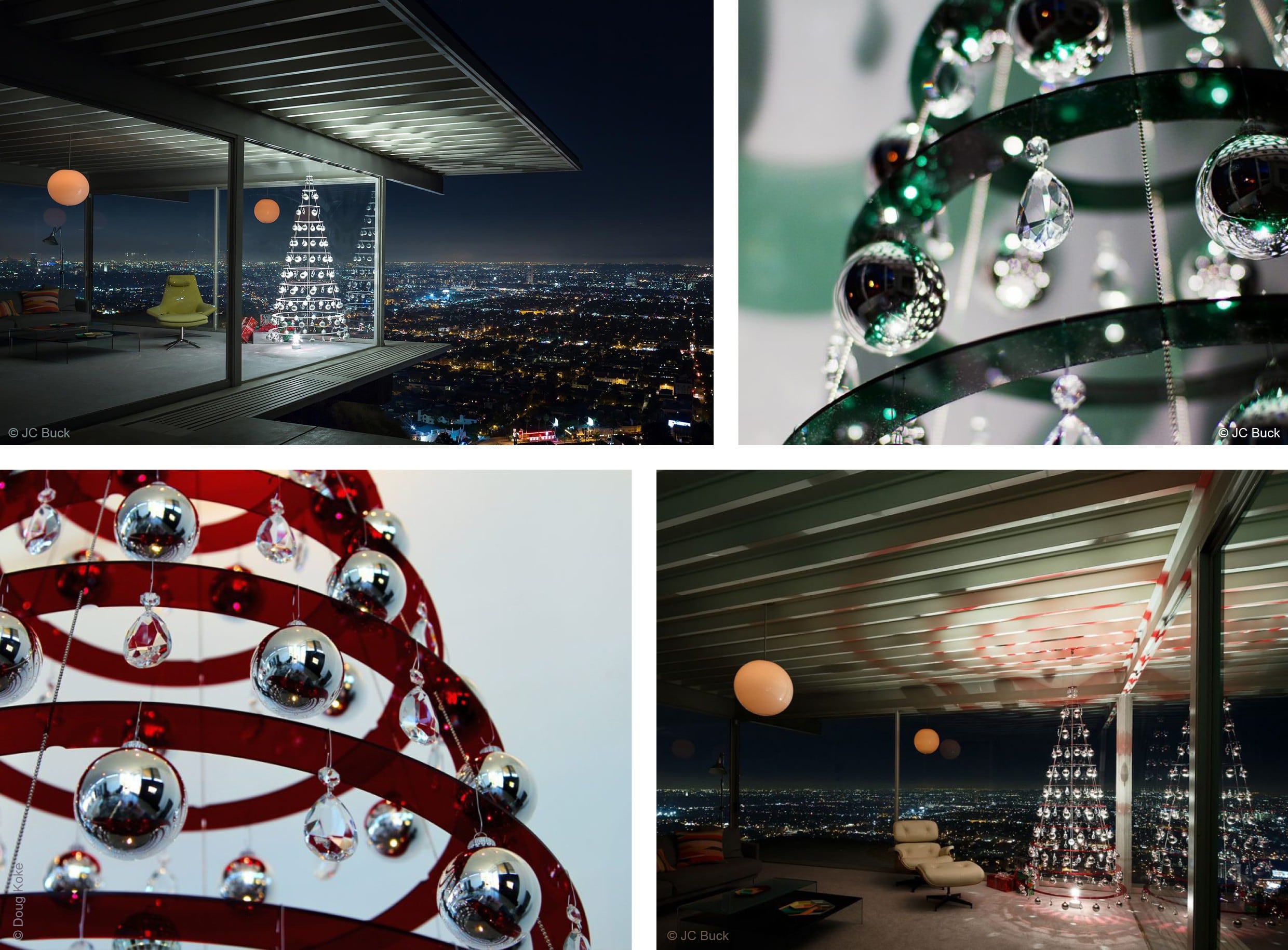 A year after Bliss launched the tree, his grandfather passed away. The family organised an exhibition of his trees at the original Disneyland Hotel in Anaheim in honour of Stoecker. This exhibition is still part of Disney's annual holiday festivities. Each tree that is produced now also gets Stoecker's signature on the bottom ring. 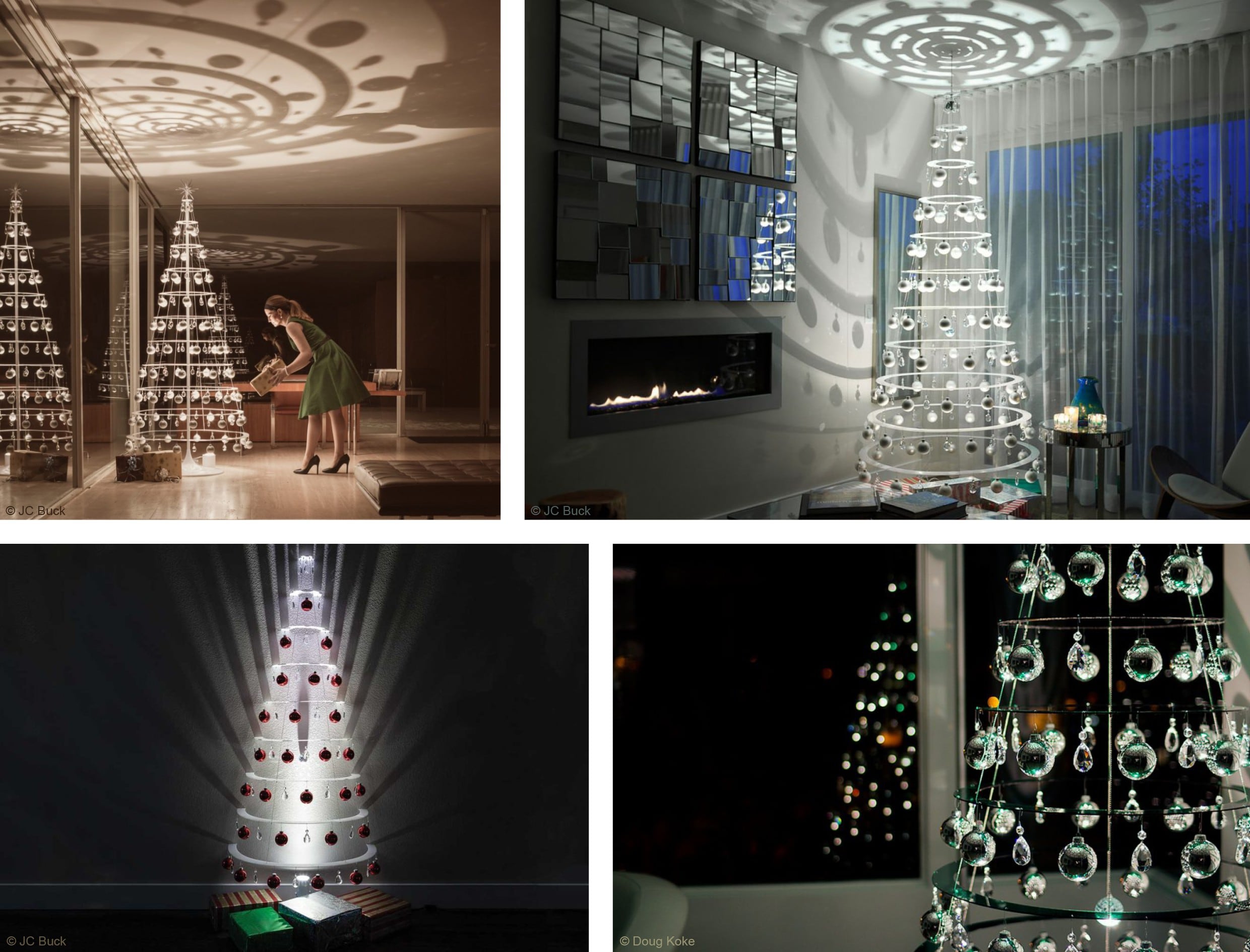 This amazing family tradition was passed down from grandfather to grandson and became a great success. More information about the beautiful story behind Modern Christmas Trees and their offerings can be found on the website www.modernchristmastrees.com 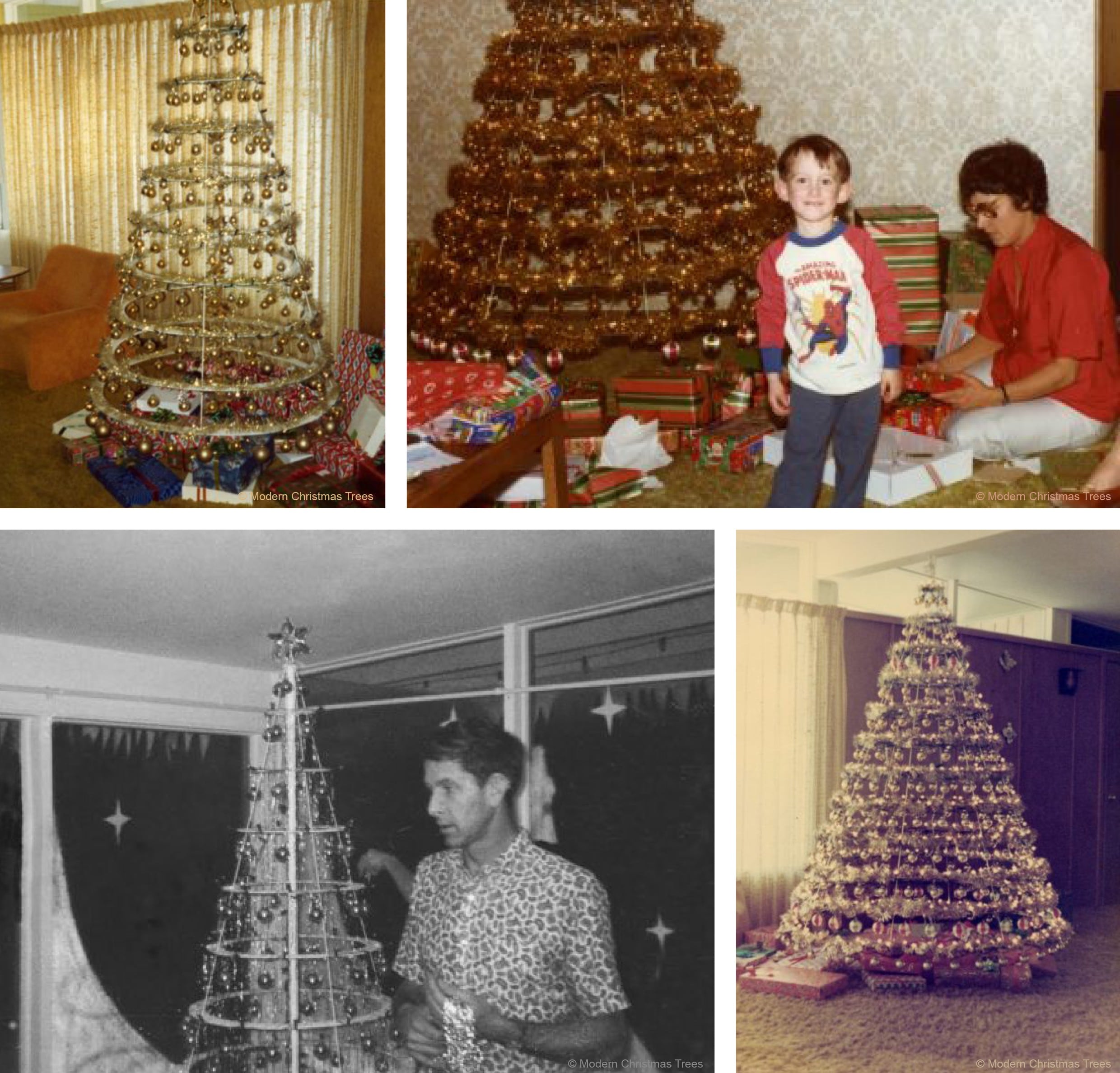 Book of the week: ROA - CODEX