The famous luxury car brand Aston Martin has, in collaboration with Brough Superior, the historic engine brand, released its very first limited edition motorcycle: the AMB 001. What a futuristic gem!

The AMB 001 was brought to life in partnership with the British Brough Superior. Only 100 pieces will be made of this powerful motorbike. A unique and limited edition model that will undoubtedly be invaluable. In the silver-blue (Sterling Green) carbon fibre body we find a 997-cc 180hp V-twin turbo engine which makes this vehicle not only impressive on the outside but also on the inside. The 180hp engine already provides a lot of power and the variable geometry turbocharger increases power even further with an intercooler that prevents overheating. For those who are already dreaming of cruising around with such a model – if you could ever get one – we unfortunately have some bad news. The bike is designed to be used only on the track. 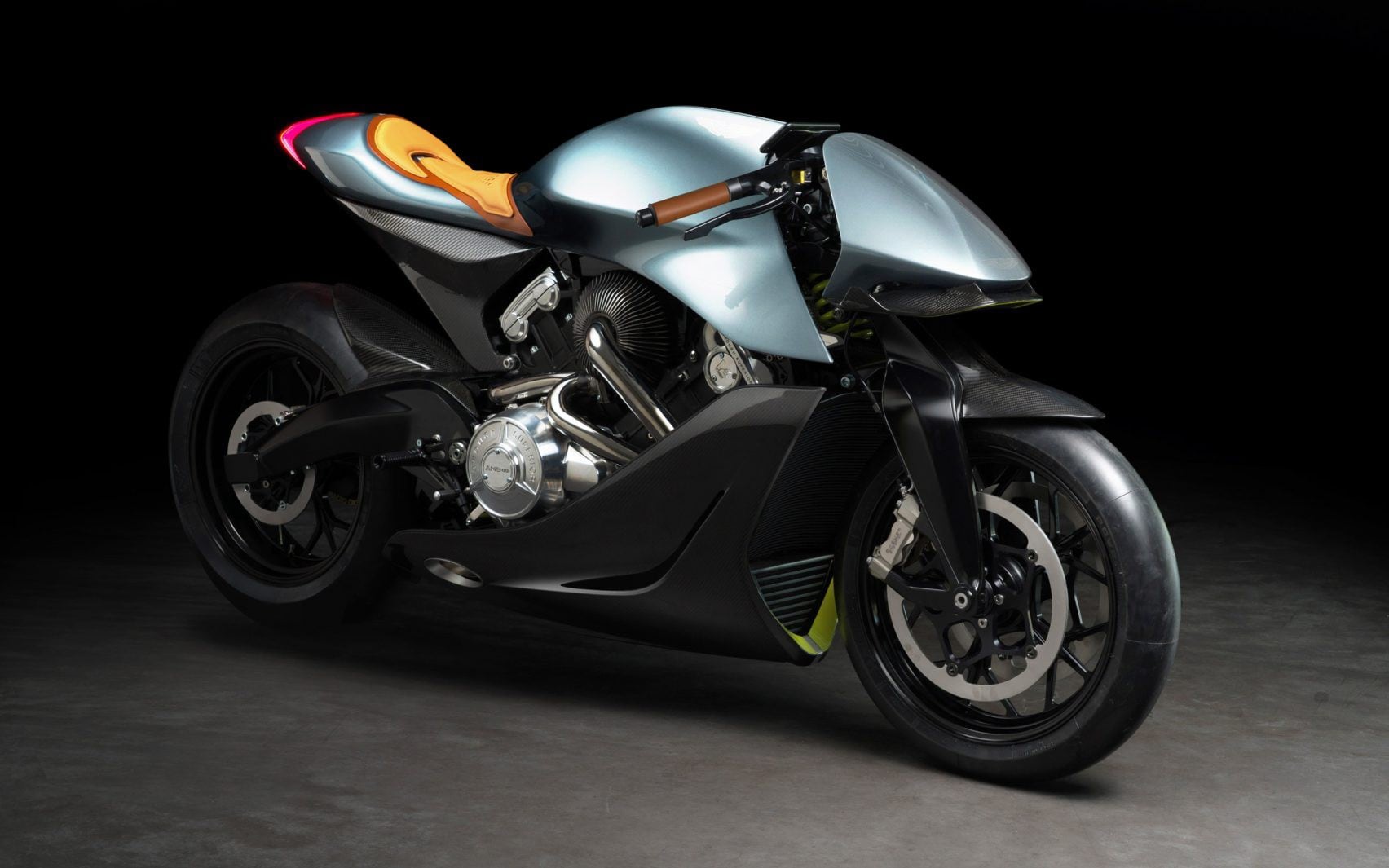 In this impressive model, old techniques are combined with modern technology 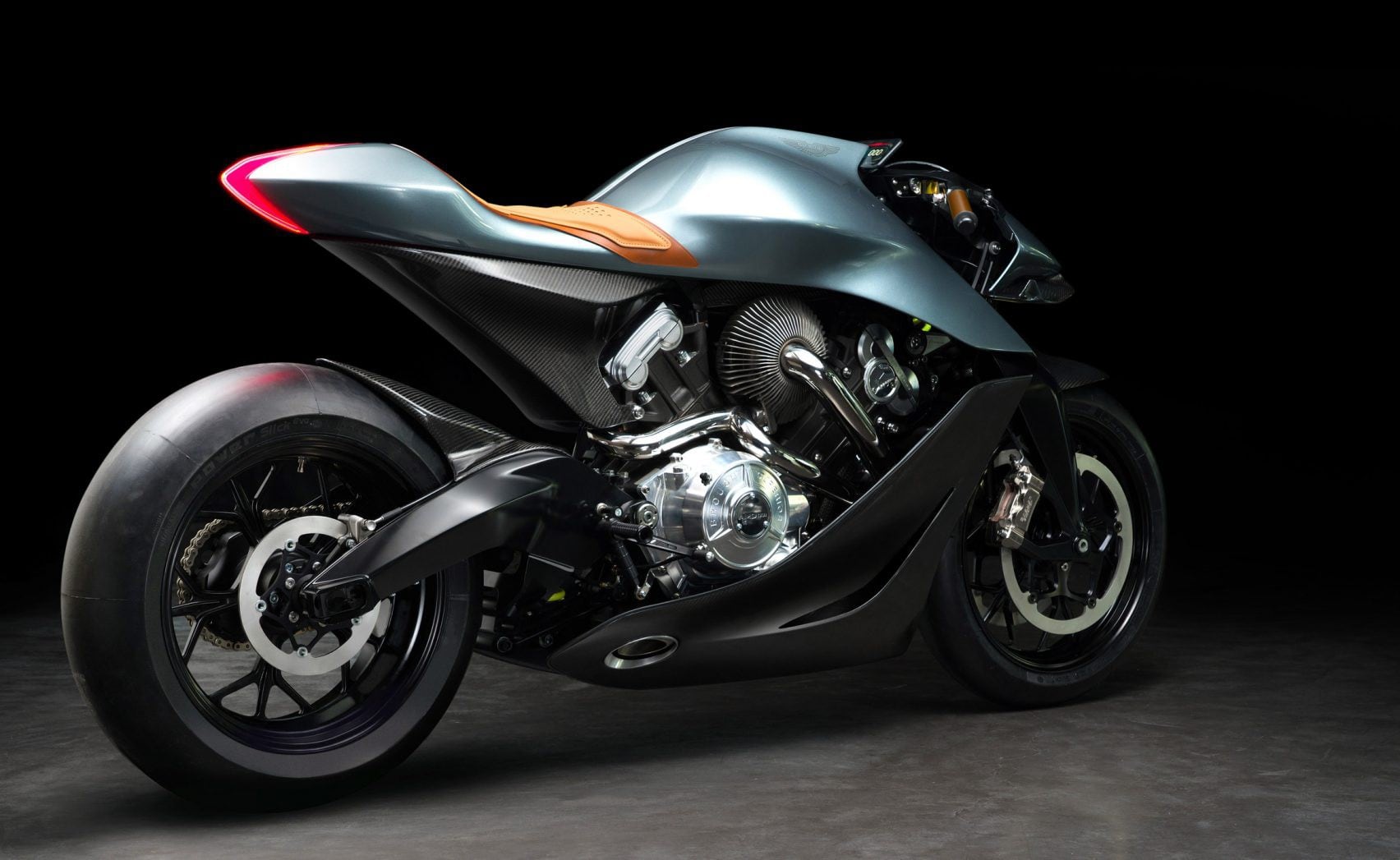 The motorbike looks as high-end as the Aston Martin cars. For the design, characteristic elements of the luxury cars were used, such as a soft, sculptural body. The model has a flowing shape and aerodynamic 'wings' on the front in the same nine micron stainless steel as the wings on the Aston Martin Valkyrie. The saddle is hand stitched and made of Oxford Tan leather. In this impressive model old techniques are combined with modern technology. "This is how we think an advanced motorcycle should be. We're proud to see the Aston Martin wings on a motorcycle for the first time," said Marek Reichman, vice president of Aston Martin.

The model will be produced and assembled at the Brough Superior factory in Toulouse, France. The first ones are expected to be ready by the end of 2020. So we’ll have to have some patience to see this impressive engine realized. But it will certainly be worth the wait! 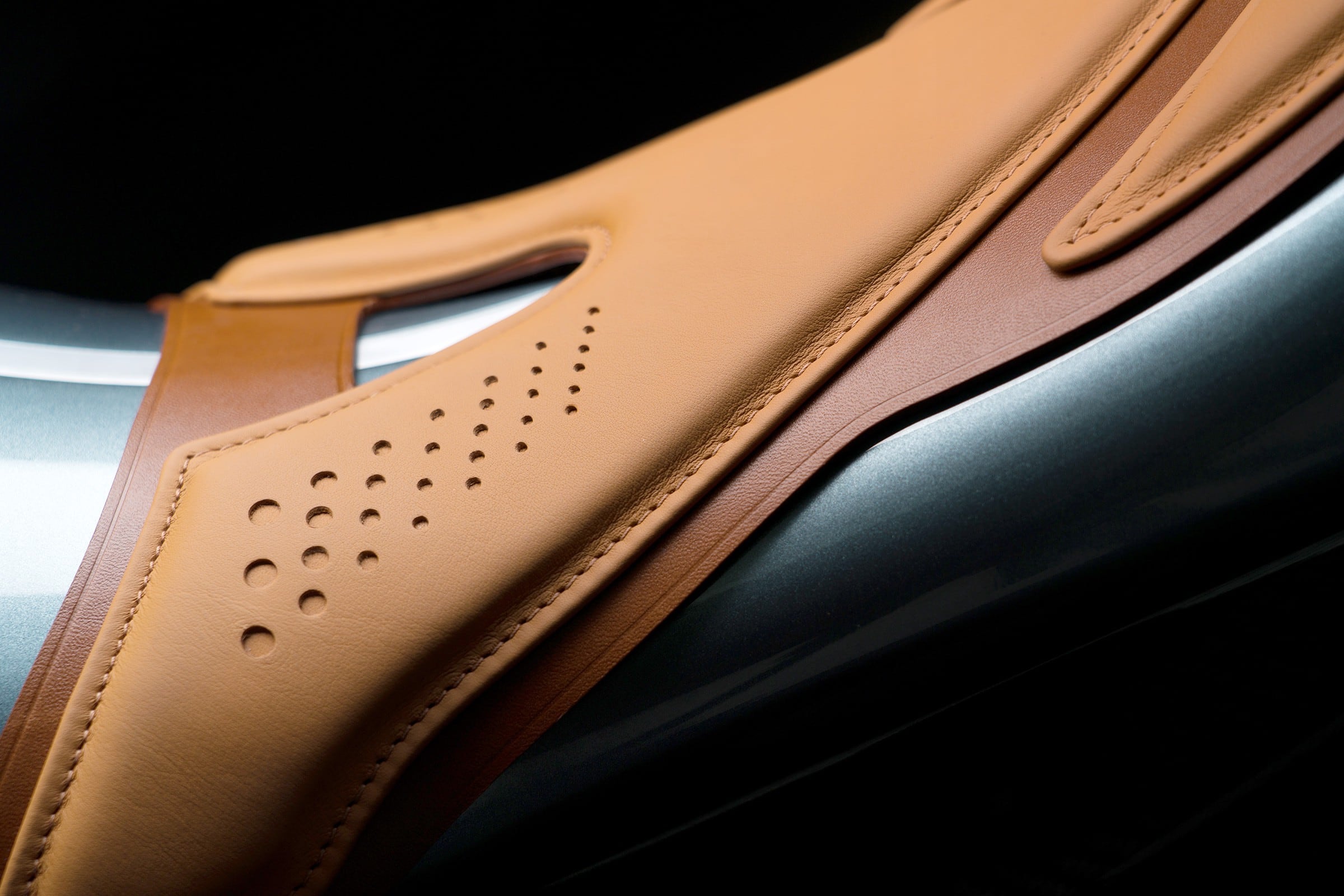 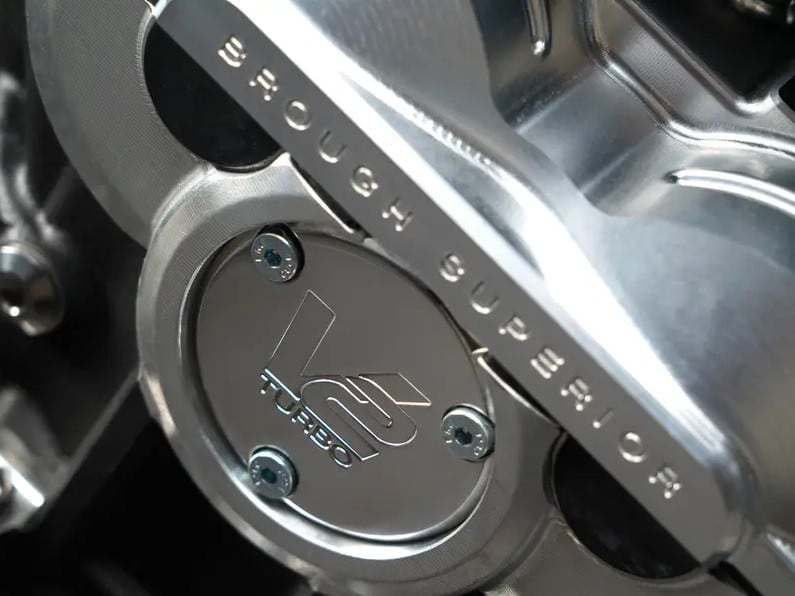