The Chocolate Factory in Nerem (near Tongeren, Limburg) is a monumental building with a rich history. It started in the 20th century when Florent Rosmeulen opened his chocolate factory in the small village. After many different functions and a few years of vacancy, the Art Nouveau building is now being transformed into a sustainable residential complex that respects the green character of its surroundings.

Situated in the lively Nerem, with only 900 inhabitants, and close to nature park De Kevie that connects the village with the city of Tongeren, you can be sure that living here is pleasant and relaxing. The historical background of the site is also a real added value and with a name like 'The Chocolate Factory' our curiosity was peaking. Imagicasa therefore went to take a look and now presents this unique project to its readers with great pleasure. 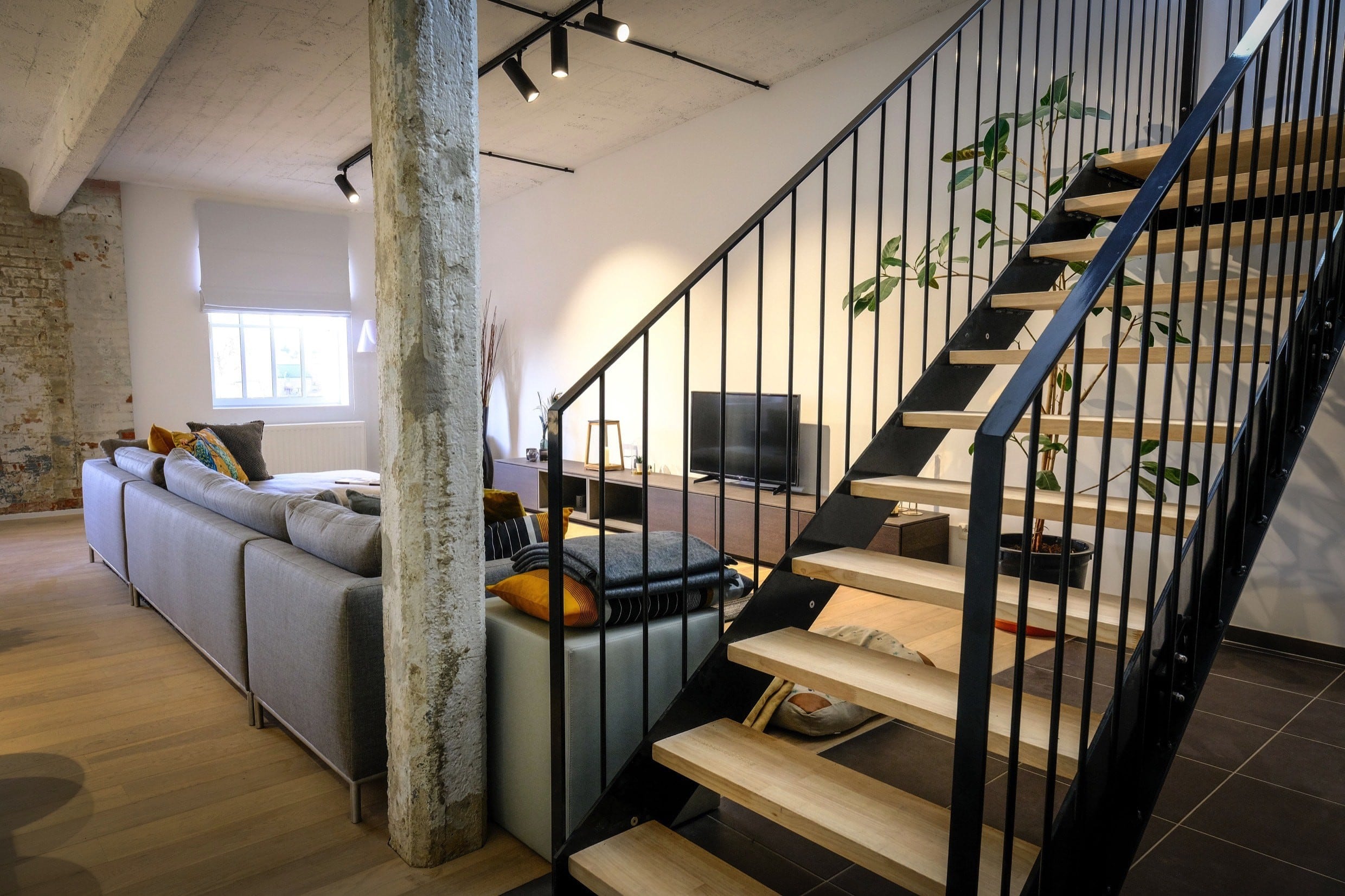 History and redevelopment
In 1909, entrepreneur Florent Rosmeulen did some unseen things. First, he had an industrial building built in Art Nouveau style. It was also one of the first concrete skeleton buildings in Belgium and was designed to be polyvalent. He also put both men and women to work, which was not obvious in this Catholic region at the beginning of the 20th century. For a few years, the factory did extremely well and even during the First World War, Rosmeulen did everything in his power to combat the occupation. After the war, however, he had a hard time and in the 1930s the factory was finally put up for sale. The building then got occupied by several armies, was part of the wool industry and functioned as a tin foundry for a while. At the end of the nineties it had to look for a new function again, but the surface area and specific location were often a stumbling block. Fast forward to the era of redevelopment, because today a lot of heritage in Belgium is being revived and architects and project developers do not shy away from this kind of challenging initiatives. 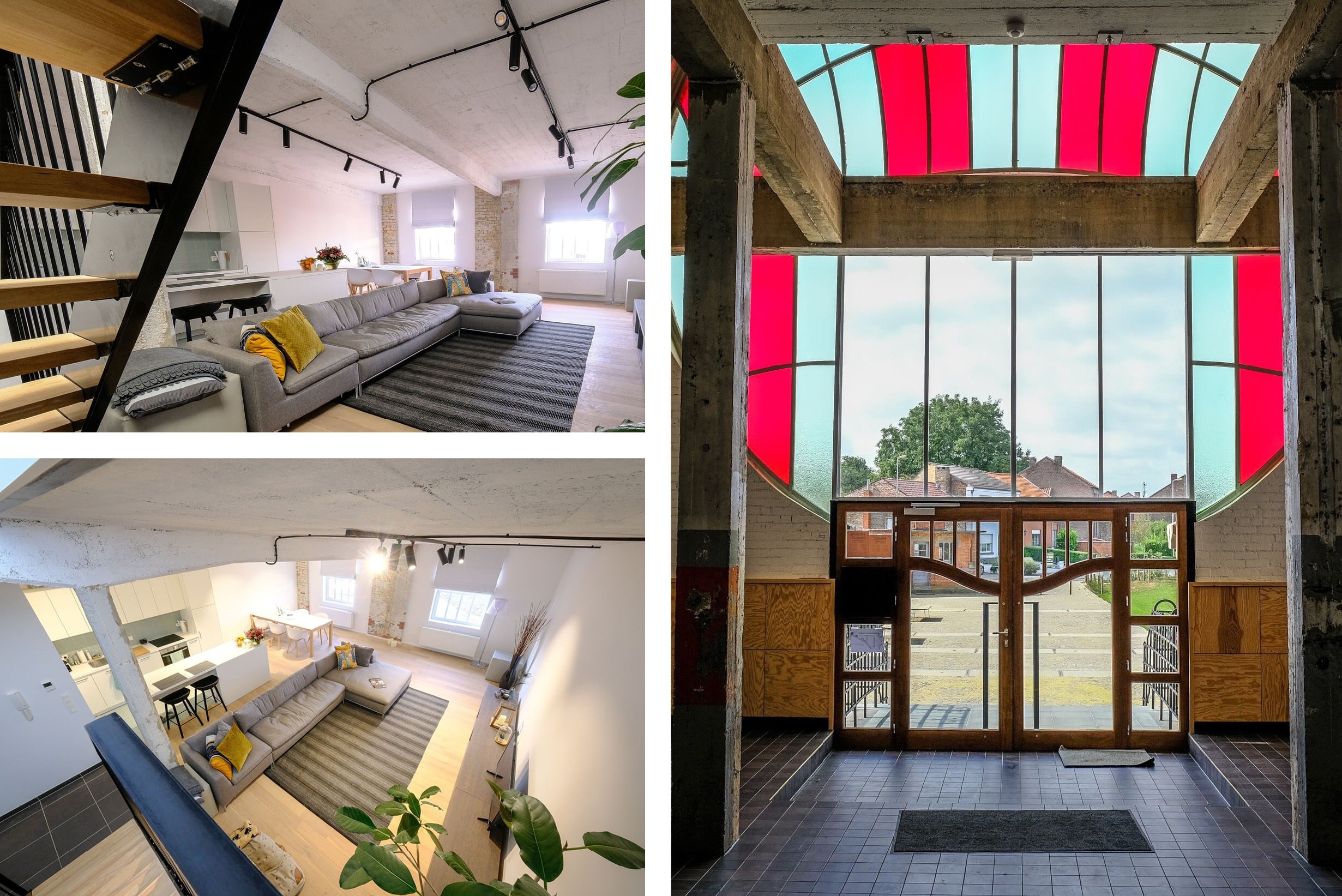 Sustainable future
The Chocolate Factory now has a residential function, so that rural Nerem can count on renewed dynamism without taking away extra green space. In the main building, 52 modern lofts of various typologies will be installed in order to offer a nice mix of residents their ideal home. The first residents moved in this year and the project is currently in phase 2. Eighteen new apartments will be added to the right side of the building, obviously from the same sustainable vision. For example, no new bricks were used for the existing building, everything was recovered and reinstated. The traces of the past have remained visible, just look at the beautiful Art Nouveau glass window above the central entrance. Old and new form a harmonious whole. Sustainable living also translates into a sense of community. The residential site therefore has some communal areas, large roof terraces and a beautiful garden for fresh vegetables and herbs.

New build Sunday
On Sunday 20 October, the 12th edition of Nieuwbouwzondag (‘New Build Sunday’) will take place. Interested buyers and others who would like to be inspired can then take a look at new-build projects, model apartments, inspiration homes and new parcels of land. The architect, real estate agent or project developer is always present to answer all your questions about renewable energy, new building technology, budgets and purchase options.

Would you like to visit the Chocolate Factory next Sunday and admire the project with your own eyes? Register today via their website: www.dechocoladefabriek.be/NBZ

All Images Courtesy of The Chocolate Factory

Natural stone is perfect for your bathroom