Peace and a return to nature at Costa Brava house

The Spanish design studio crude designs projects with a sober and timeless style, today we show you around one of their most recent realisations AP House. The house on the Costa Brava takes its inspiration from Brutalism, with its soft and cosy interior providing contrast. 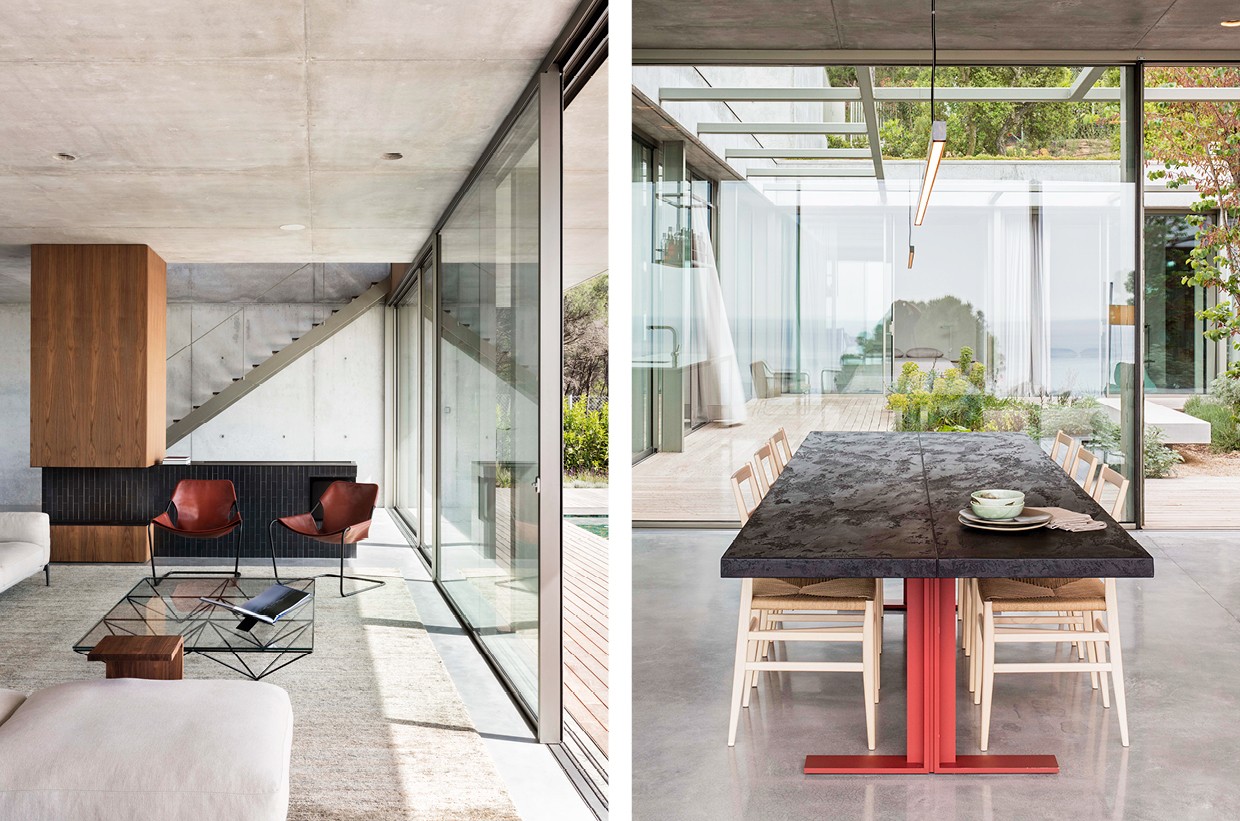 The Barcelona-based architecture and interior design studio crude designs fully customised spaces and furniture, with a great eye for detail. Sheila Llovet and Anna Torndelacreu, the faces behind crude, believe that therein lies the beauty of a project. Their projects are characterised by a serene atmosphere, which is sober and timeless.

And this characteristic design stamp was also put by crude on AP House, a beautiful home on the Costa Brava, for which the studio joined forces with GSDB Arquitectes. The concept started from the idea of creating a lasting design monument, a sculptural work hidden behind the native vegetation of Costa Brava. Peace and a return to nature are central to the residence. 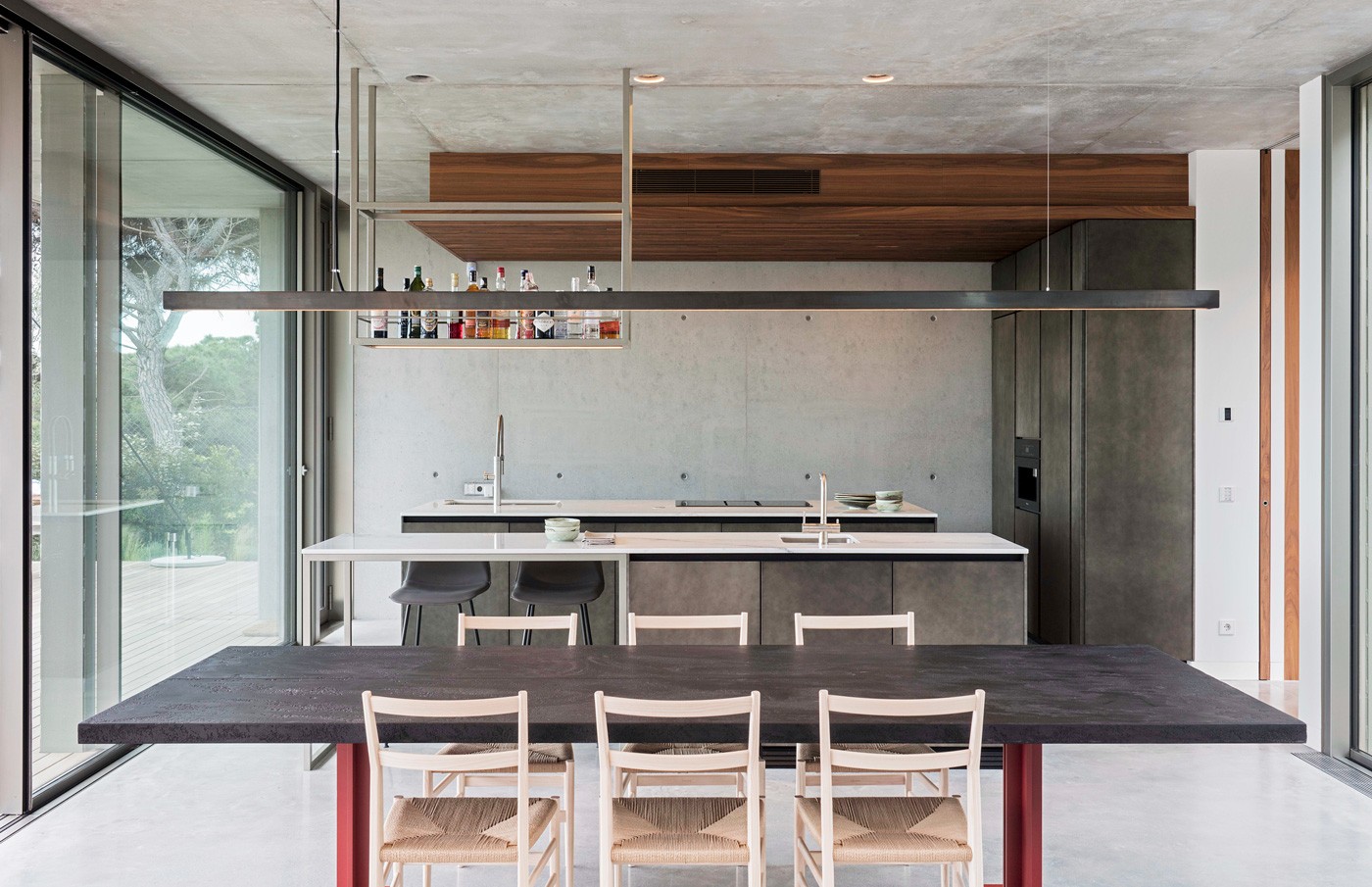 The furniture was deliberately kept as minimal as possible.

The house has been designed to merge with surrounding natural elements such as sand, light, wind, sun and the ocean in the distance, thus making the surroundings the centre of attention. Sunrise and sunset determine the colour palette and moods, and the structure of the house casts varying shadows on the walls and bare floor as the daylight changes. 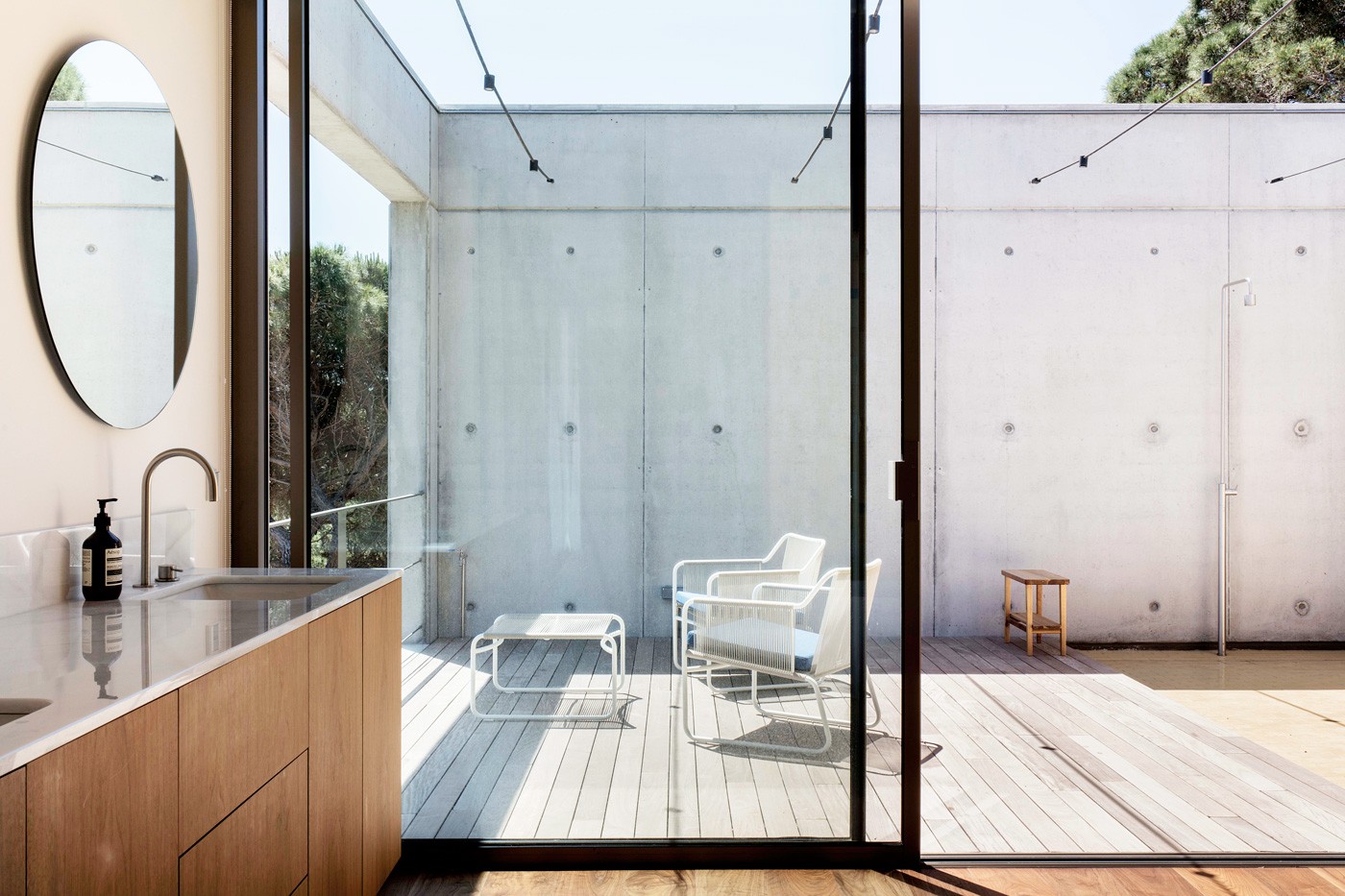 The concrete volumes, which were poured on site, have a distinctly brutalist style. The architectural core of the house, a central patio, divides the various rooms in the house and brings in light everywhere. There is a constant dialogue with the outside world, whereby the lines between inside and outside even blur, partly due to sand that is part of the house itself.

For the interior, the studio opted for American walnut and ceramic tiles in various colours, and the furniture was deliberately kept as minimal as possible. The interior softens the brutalist monolith, which looks hard on the outside but soft and cosy on the inside. 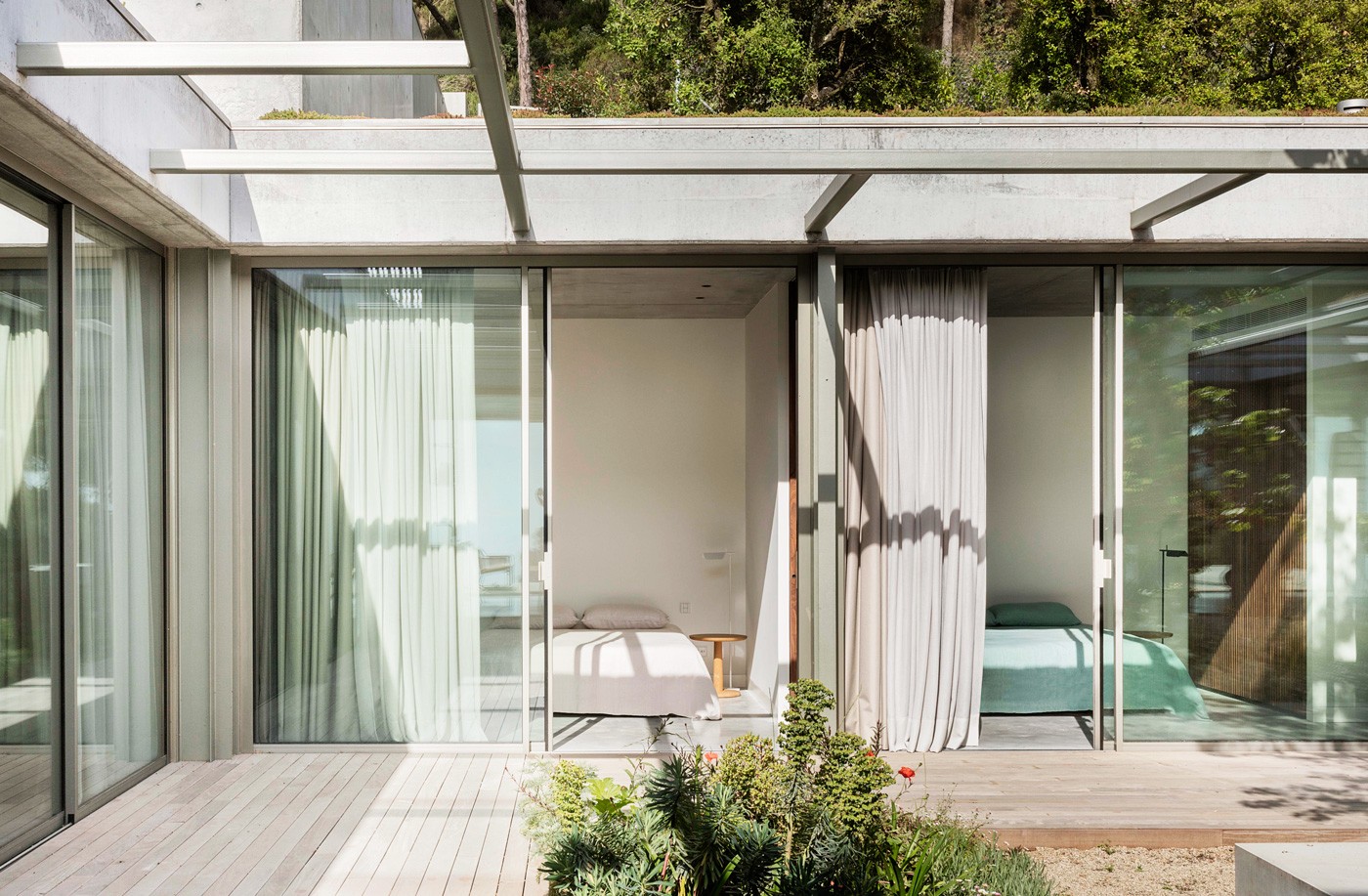