A look inside the idyllic Biestmolenhoeve

This idyllically situated farmhouse in Nederzwalm-Hermelgem is for sale. The Biestmolenhoeve has a rich history dating back to 1063 and the building exudes charm. Do you see yourself living in such a historic gem in the middle of nature? Then be sure to read on.

The Biestmolenhoeve is a beautifully situated square farm along the Zwalmbeek in the heart of the Flemish Ardennes. The farm consists of a miller's house and a watermill which is now a restaurant. The renovated main building has two floors and an attic and serves as a residence. You enter through the stylish entrance hall with large living spaces on each side. On one side, you have a modern living room with fireplace and sitting area and on the other side there are two dining areas, one of which has a fireplace. The spacious kitchen is fully equipped and has a breakfast area with a beautiful view of the garden and the stunning nature behind it.

When we go upstairs, there are three spacious bedrooms and a smaller one. The bathroom has a bath, shower, double sink and a separate toilet. A fifth room on this floor is a suite room with adjoining bathroom. Also, all large rooms have fitted wardrobes. 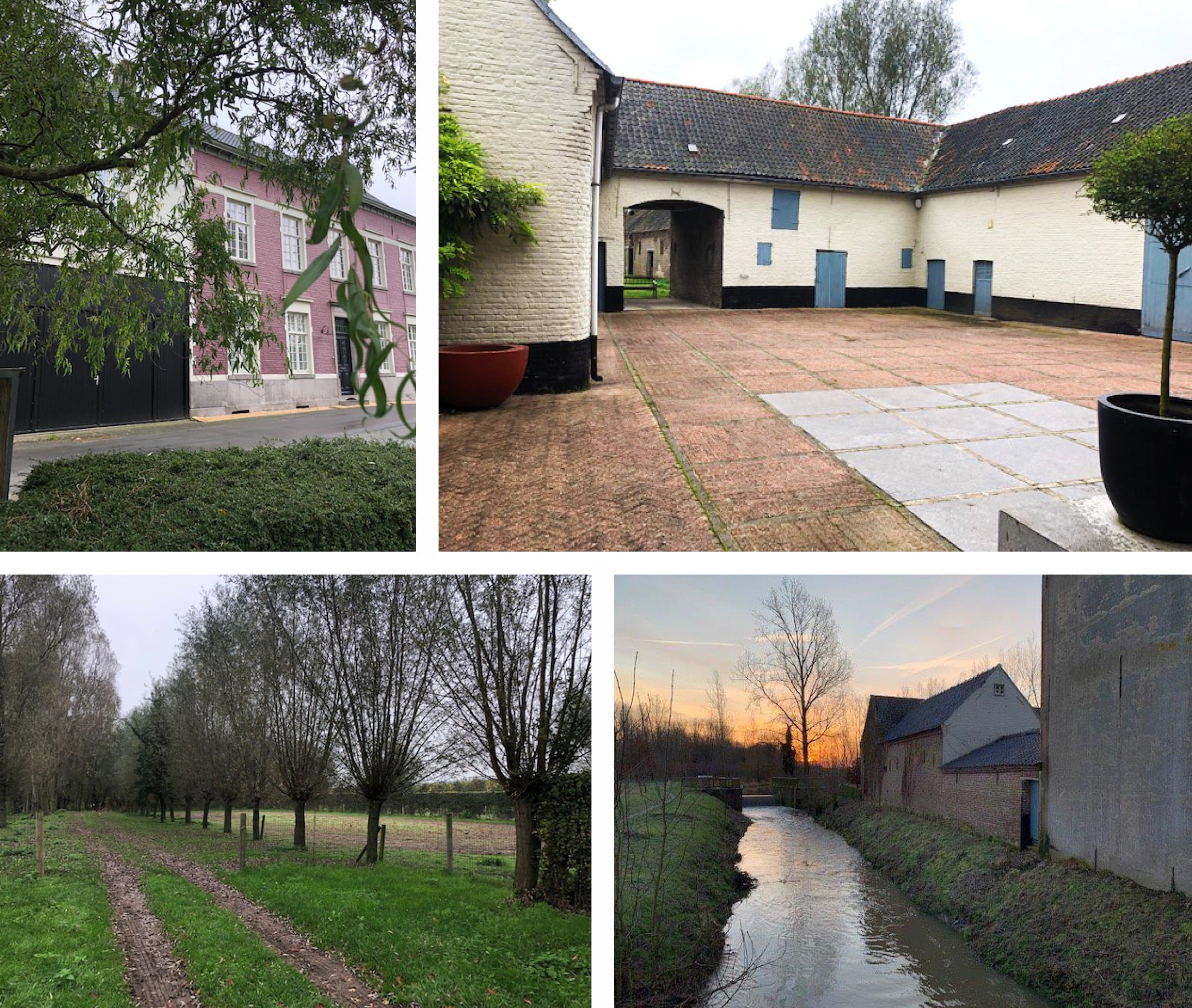 A charming farmhouse with a lot of potential

A nice extra are the stables and dilapidated barn along the Zwalmbeek. They are very functional when further renovated. Furthermore, in addition to the landscaped walled garden, the spacious driveway and authentic courtyard also a large fenced meadow. The total surface of the plot is 4573 m2 according to the cadastre. This is a charming farmhouse with lots of potential. It can be used as a home but can also be used as a Bed & Breakfast in a unique, rural location. 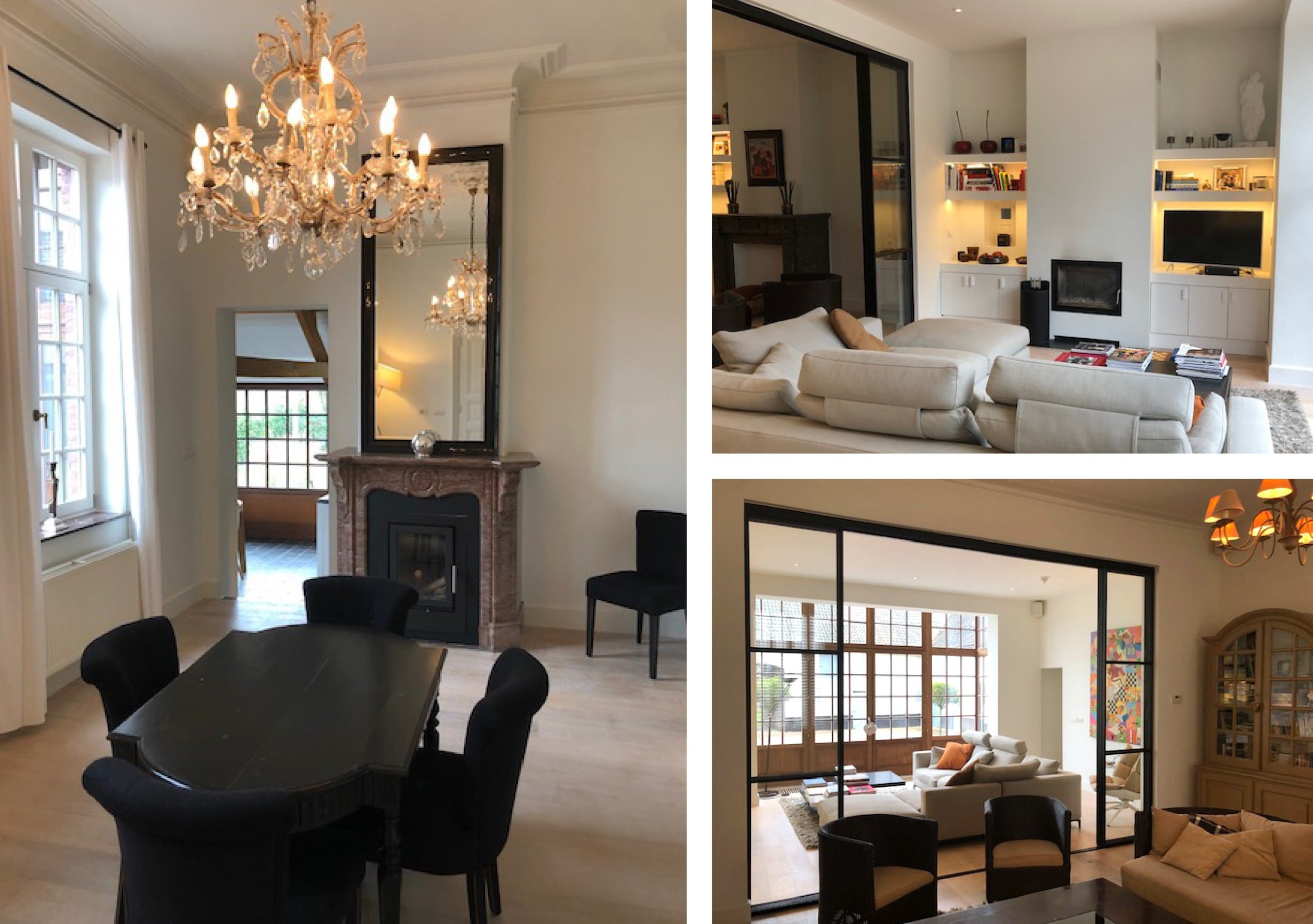 After all this practical information we can move on to some history about the property. This goes back to no less than 1063. At that time, the miller's house and the water mill were already the property of the Count of Flanders. The mill provided for the livelihood of the Benedictine monks of the abbey of Ename. In the later Middle Ages, the property was transferred to the princes of Gavere and Schorisse, among others, and in the 18th century the French revolutionaries also took possession of the mill. Eventually it was sold to the Desaegher family from Gavere. The farm continued to go to the heirs of the family and was eventually sold to Justin Simoens in 1868, who carries out major renovations. The mill was again sold to Gerard Braillon, who established a restaurant there in 1987. The most recent owner renewed the interior in 2008. Thanks to its rich history and historical value, the Biestmolen has been a protected monument together with its surroundings since 1983.